Joann married her high school sweetheart, Rodney Lee Stanbro, on August 3, 1951, in Lamar, Missouri. After marrying, they moved to Springfield where Rodney attended Central Bible Institute. Even while going to Bible school, they began serving in pastoral ministry and pastored Assemblies of God churches for fifty years before retiring. In addition, having a heart for missions, they led trips to South America, Mexico, Germany, Jamaica, and the Holy Land. Joann continued in ministry and missions following Rodney’s death, establishing a Hispanic church in Nixa, Missouri, and went on two missions trips to Venezuela. Joann took piano lessons as a young child and began playing in churches where her Daddy pastored.  She has a bachelor’s degree in music and served in that capacity both in ministry and public/private sectors, and is an accomplished musician, having played the accordion, piano, and organ. Joann never stopped ministering for the Lord until the day she left this earth. Her life was a testimony to all who came in contact with her. She loved all people. To us, her family, we believe she truly exemplifies the life of a saint.

Joann is survived by her three daughters, Marquita and Don Blansit, Republic, Missouri; Sherri and Craig Buck, Joy and Bruce Clegg, both of Nixa. Joann was Mammaw to seven grandchildren, and their spouses, Chad and Tosha Blansit, RaChelle and Jason Iles, both of Republic; Mikaela and Jeremy Tjarks, Austin, Texas; Nathan and Kari Buck, Tulsa, Oklahoma; Jenna and Mike Dail; Jaelyn and Bryce Hartley, both of Springfield; and Jace Rakestraw, serving in the US Navy. Joann also has nine great grandchildren, Moriah and Cody Lewis, Lynchburg, Virginia; Camryn and Cole Iles; Makhai, Maddux, and Malec Blansit, Republic; Waverly and Shepherd Buck, and one on the way, Tulsa; and Delilah Dail of Fairhope, Alabama. Joann is survived by her only sister, Jerry and Venda Hanley, their children, and a host of many dearly loved extended family members.

In lieu of flowers donations can be made to Awaken the Nations
https://awakenthenations.org/give/
Joann loved missions and loved supporting however she could. Through going,
praying, or giving she was sharing the love of Jesus.

Funeral services will be 10:00 AM Tuesday, July 19,  Adams Funeral Home, Nixa.  Visitation will be from 9:30 until service time on Tuesday.  Burial will follow the service at 12:30 Tuesday in Moorehead Cemetery, Lamar, Missouri.

To plant memorial trees or send flowers to the family in memory of Joann Stanbro , please visit our flower store.

What a BEAUTIFUL Celebration of Life service for a BEAUTIFUL lady!! A few tears were shed right here at my desk but also chuckles. She will be dearly missed. Enjoy your new mansion "little momma". I love you & will see you later. Then we can talk about those new high heels 👠 that you have been wearing on those streets of Gold. I can tell you, you are part of the Welcoming Committee.

Praying for you all. Dani and I send our love!

She always had a smile and a twinkle in her eye. She leaves behind a legacy of service to the Lord with a joyful heart.❤️

She was such a precious woman of God and I know the angels were smiling down when the Lord ushered her into her heavenly home. Her smile and kind eyes would light up a room and the beauty inside of her would always touch your heart and soul. I was privileged to be the little 4 year old flower girl in her wedding along with my brother, Larry who served as the ring bearer. She was a special lady with a love for God that showed in all she did and in her life and family. We will miss you dear one. My love from Janet Feezell Basnett, Willard, MO. 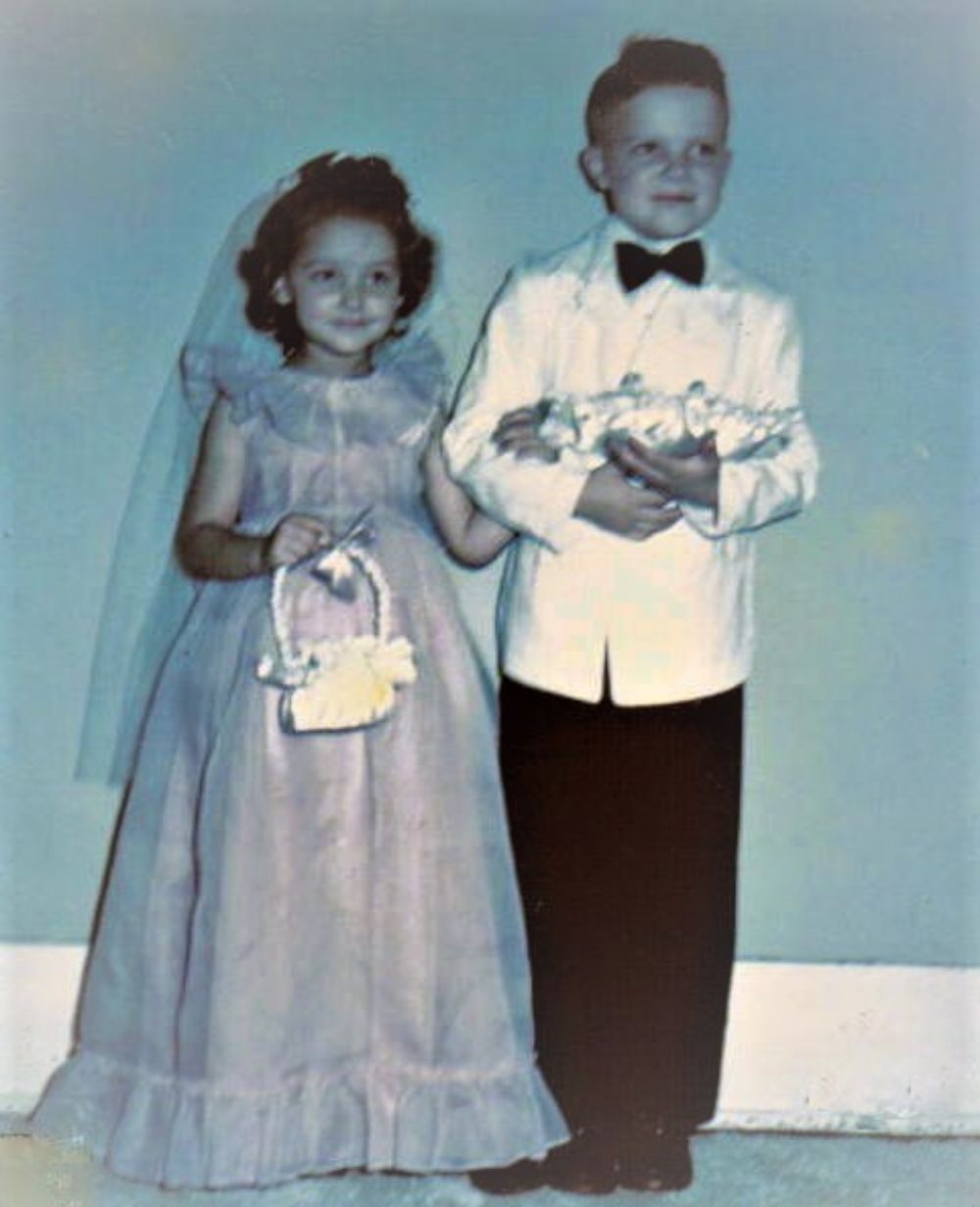 She loved without expecting anything in return!