Wendell was born on April 7, 1935, in Lark, TX to Gilbert and Annie (Black) Wilson. He graduated from High School in Meade, KS, in 1953, and received a Bachelor of Science degree in Mechanical Engineering from John Brown University. Following graduation from college, he was drafted into the United States Army where he served for 2 years. Wendell was employed as a draftsman/surveyor for American Natural Resources for 35 years.

Wendell loved hunting, fishing, and sports. His cars were immaculate, his gardens were legendary, and his mower lines were always straight. His warm personality and sense of humor made him a friend to many.

Wendell was preceded in death by his father, Gilbert, his mother, Annie, and his sister, Charlene Largent. He is survived by his wife of nearly 61 years, Janet, of Nixa, MO, his two sons Wayde and his wife Sonya, Wayne and his wife Vivi, and his sister, Dorothy Wilson. Wendell has 5 grandchildren: Tristin, Trevor, Noah, Travis, and Cora, and 2 great-granddaughters: Aviana and Maisie.

Visitation will be held at 10 a.m., followed by a celebration service at 11 a.m. on Friday, July 8, 2022, at Adams Funeral Home in Nixa, MO, with Rev. Wayde Wilson and his brother Wayne officiating.

To send flowers to the family in memory of Wendell Wilson, please visit our flower store.

I am just now learning of Wendell’s passing. I went to work for ANR Pipeline Co. at Mooreland,OK in 1980.Wendell was one of the first people that I was introduced to. And until his retirement I had the opportunity to work with him. He was a brilliant draftsman, He would draw up what needed to be fabricated and we would build it to his specifications. He was always the professional, with a great since of humor! I am so glad that I had the opportunity to know and work with him.

Pastor Wayde and family, we extend our love and compassion to you all during this difficult time. Our prayers for comfort and peace from our Lord Jesus to you all.

My Love and Prayers goes out to you Sis Jan and your sons Wayde and Wayne and all your family. So sorry to hear about the passing of Bro. Wendell.

Wayde, Sonya and the entire family. You have our deepest sympathy and prayers during this difficult time. The apple doesn’t fall far from the tree, so even though I did not have the pleasure of knowing your father, he must have been a great man to raise a son like my friend Wayde. God bless.

We met when the Wilsons came into our Sunday School Class at Trinity. Precious sweet-spirited couple...and made an impression of Jesus immediately on all of us. Both were easy to talk and share with. Mr. Wilson is Home with Jesus, his savior whom he loved so much. And may the Holy Comforter carry and minister to Mrs Wilson, her sons, and all of the family through the days ahead. His legacy lives on.

Our love and prayers to you,Pastor Wayde, Sonja, and your wonderful family. What a beautiful heritage you have. ❤️
Bob and Patty Wotring

I did not have the opportunity to know him long but loved every minute I had to share with him.

A photo was added for Wendell William Wilson 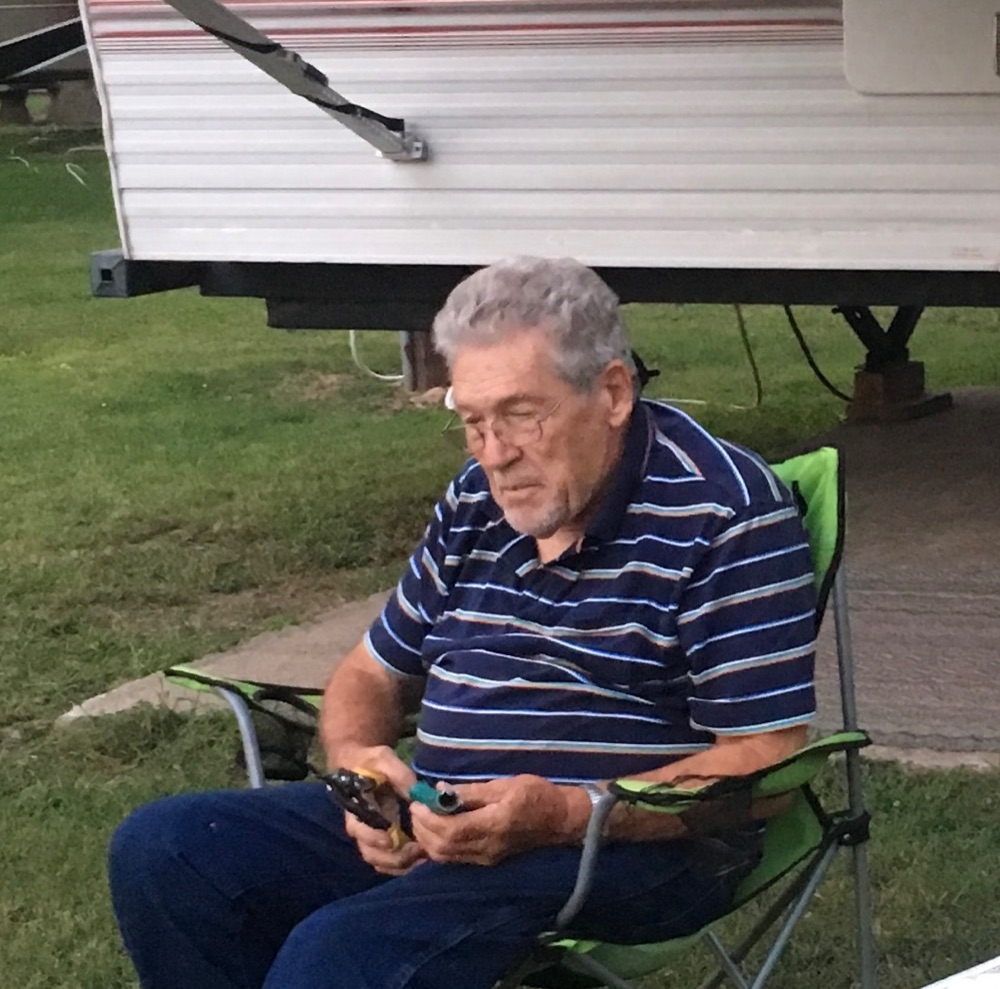 Remembering Wendell as a fun person to be with. Also his red sport coat he wore to church most of the time. He was a faithful servant of Jesus.

I loved his humor. He was a man everyone could look up to. We will all miss him.