Age 80, of Joliet, Illinois, formerly of Ozark and Cassville, Missouri, Jerry Workman passed away on Friday, May 22, 2020, at his home after a long illness. Born in Sparta, MO, the son of the late Gerald and Jewell (Green) Workman, Jerry was baptized at Shady Grove Baptist Church, at the age of 12. He graduated from Sparta High School in 1958 and the four-year US Dept. of Labor's Tool and Die Apprenticeship Program in 1963, sponsored by Royal-McBee Typewriter Company, in Springfield, MO. In addition to working for Royal McBee, Jerry worked for FASCO Industries for twenty-two years in Ozark and Cassville, MO; Emerson Electric, St. Louis, MO, for sixteen years; and Brunswick Corp, in Knoxville, TN, for three years, before retiring in 2006. Jerry loved his work, which allowed him to travel to many parts of the world as a Manufacturing Engineer, Plant Superintendant, and a New Technologies and Cost Reduction Specialist. While at Emerson Electric, he was granted a patent in 2002. After retiring, he moved to the Table Rock Lake area, where he and his son Andy developed a tract of property for several home sites overlooking the lake near Big Cedar. An avid sportsman, Jerry loved to hunt and fish, but his greatest pleasure was his children, teaching them how to ride horses, water ski, snow ski, and to compete in sports. He was a driving force in establishing the Ozark and Christian County Little League Program in 1970. In 1979, in Andy's senior year at Sparta High School, he and his teammates won second place in the Missouri State Basketball Championships, for One-A schools. This team was developed and coached by Jerry during their formative years, and remains close to this day. He is survived by his beloved wife of forty-two years, Debra Workman, loving children, Cynthia Dowdy, Omaha, AR, Jerry "Andy" Workman and Jeff Workman, both of Hollister, MO, and Julie (David) Knox, St. Louis, MO; eight grandchildren; five great-grandchildren, sister and brother-in-law Barbara (Jerry) Kirksey, Bolivar, MO; a host of nieces and nephews, ball players, along with extended family and friends. All remember his warm personality, especially his ability to tell a story and to deep fry turkeys during the holidays. A memorial service will be held at 2:00 P.M., Saturday, June 27, 2020 at Adams Funeral Home, Ozark. Burial will follow at Sparta Cemetery. Visitation will be held from 1-2 P.M. immediately before the service in the funeral home.

To plant memorial trees or send flowers to the family in memory of Jerry Workman, please visit our flower store.

A photo was added for Jerry Workman 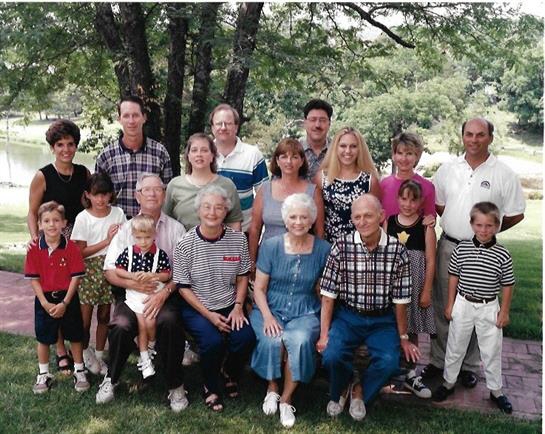 Thank you for your kind remembrances.

I agree, Jerry was never at a loss for a good story, and most of the time pretty accurate!

Driving to an Emerson plant with Jerry was always an adventure. The many hours and many stories are memories that will never be forgotten. My condolences to everyone that suffered the loss of a great individual. There is no doubt Jerry is making up a true story right now and captivating many.

I worked with Jerry at U.S. Electrical Motors and Emerson Motors., he was always smiling and always a a joke to tell or a fishing tale. I remember his barbecue venison and still tell people it was the only venison I ever liked. God Bless you my friend.

jerry was a good frient back in the 60 s at royal typewriter ! i had lost track of him----my condolences to his family!