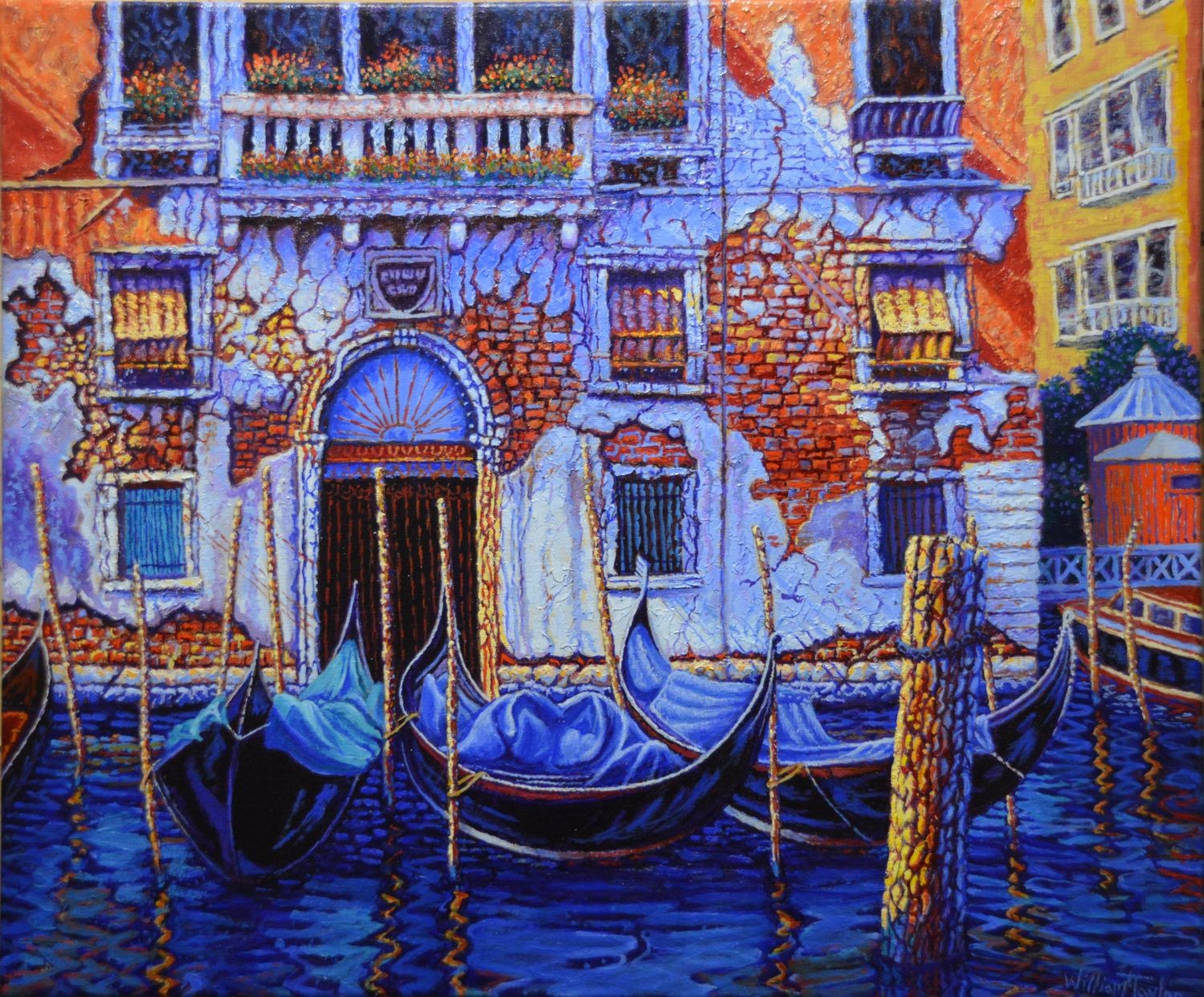 Bill was born at home to Juanita Avaline (Hardison) and Clarence Antonio Taylor. After graduating from Central High School, he attended Missouri State University, where he was a member of the Sigma Pi Fraternity and was an avid swimmer, archer, and fencer. After obtaining his Bachelor of Science degree, Bill attended Officer Candidate School in New Port, Rhode Island, and upon graduation was awarded a commission as an Ensign in the U.S. Navy. After four years of military service, he reached the rank of Lieutenant.

With his return to civilian life, Bill obtained a Master’s degree in Secondary Education Administration from the University of Missouri-Columbia. Upon graduation, he began his art teaching career in Excelsior Springs, Mo., and then moved to Richmond, Mo., where he taught art at the high school for 27 years.

Bill later obtained a Master’s degree in Art Education from the University of Central Missouri at Warrensburg, where his art studies culminated in a successful one-man show at Grinstead Gallery. Two of his oil paintings that were purchased were made part of the university library’s permanent collection. Bill was awarded numerous ribbons for his landscapes in both oil and graphite, including the "People's Choice" award at the Missouri State Fair in Sedalia, Best of Show and 1st Place ribbons at Ozark Empire Fair in Springfield, Mo., and Finley River Art Gallery, Ozark, Mo.

Midway in his career, Bill studied drawing and painting with noted New York artist and illustrator Harry Fredman, who taught in the Kansas City area for many years. It was under Mr. Fredman's tutelage that Bill became an accomplished portrait painter. Bill was immensely pleased to immortalize those he loved by presenting them with their portraits.

Bill’s landscapes showed him to be a truly gifted artist in the mediums of graphite and oil. His drawings are detailed and vivid. His oil paintings pop with color and draw observers into the scene as if they are actually experiencing it.

Besides his passion for drawing and painting, Bill was a keen reader and ardent student of the history and battles of World War II. He was a member of Hopedale Baptist church, where one of his paintings hangs in his Sunday School class.

Bill married the love of his life, Helen Louise (Tyler) Taylor, on August 17, 1968, at Grant Avenue Baptist Church in Springfield, Mo., with their wedding ceremony officiated by the Rev. Dr. Blake Westmoreland. Bill and Helen have two wonderful children: Joanna Kathleen Taylor and William Christian Taylor. They, Helen, and granddaughter Jade York and her husband Kenyon were at Bill’s side when he passed to his eternal home. He was surrounded with love and will always be held dearly in their hearts.

A Funeral will be held for Bill at 2:00 P.M. on Saturday, July 9, 2022 at Hopedale Baptist Church in Ozark, Mo. Burial will follow at Weaver Cemetery with military honors.

WE MISS YOU BILL. BE AT PEACE, MY LOVE!

To plant memorial trees or send flowers to the family in memory of Bill Taylor, please visit our flower store.

Helen, I'm sorry to hear of your husband's death.

You may not remember me but I attended Weaver Elementary School and Grant Avenue Baptist Church with you. I lived on West Lynn - near Nellie Larson.
I presently live in South Carolina.

I will keep you in my prayers.